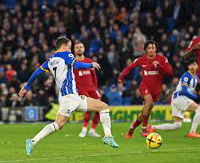 Liverpool’s German manager Jurgen Klopp looks on from his seat during the English Premier League football match between Brighton and Hove Albion and Liverpool at the American Express Community Stadium in Brighton, southern England on January 14, 2023. Photo: AFP Jurgen Klopp labeled Liverpool’s dismal 3-0 defeat at Brighton on Saturday as the worst he has seen during his Anfield reign.

Klopp’s troubled side were blown away in the second half by Solly March’s double and a late strike from Danny Welbeck.

For all latest news, follow The Daily Star’s Google News channel.
Liverpool’s wretched performance came hot on the heels of a 3-1 loss at Brentford and an FA Cup draw against Wolves in which they were saved from defeat by a controversial VAR decision.

The Reds are languishing in eighth place in the Premier League with their hopes of a top-four finish fading by the week.

Klopp could not believe what he was seeing as Brighton ran his team ragged in a fashion he had never experienced since taking charge in 2015.

“Massively frustrated. We gave the ball away, the spaces were too big and we couldn’t push up. That is obviously not good, especially against a super well-drilled side like Brighton. They got more confident and we did the opposite. ”

Klopp said he had tried to switch Liverpool’s tactics in a bid to halt their poor run, but conceded the players did not handle the changes well.

“I had an idea to change the formation which was to try to help the team. That was the idea. But we never did it properly,” he said.

“We need to be creative with the options we have. What I saw today from my team was that they were not really convinced by it. That’s it.”

Last season, Liverpool came within two wins of an unprecedented quadruple as they lifted the FA and League Cups, only to see the Premier League title go to Manchester City and then lose the Champions League final against Real Madrid.

Klopp’s current group is a shadow of the team that almost made history and he admitted he is at a loss to explain the difference.

“How can you explain that? The same players played outstanding football matches but if things aren’t properly organized then it can look like that,” he said.

“We were always a bit late and things like this. If you don’t win key challenges and lose the ball too easily they are the two worst things that can happen in football. There is no formation that can solve that.

“My responsibility, I know that. To improve that will not be too difficult. From this game we can pick up absolutely nothing apart from things that do not work.”

Liverpool’s title hopes were long since over, but failing to qualify for the Champions League would be a hammer blow.

Asked how concerned he is by Liverpool’s plight, Klopp added: “Yeah, how can you not be after a game like this?

“I cannot stand here and say it didn’t happen. Of course, we have to be very concerned about it. 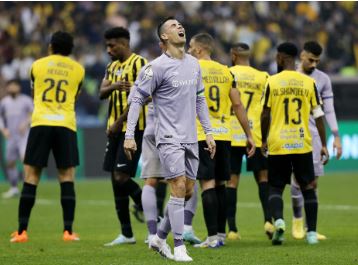