DIG Anwar Hossain is known as a humane police officer through honesty,devotion and sincerity 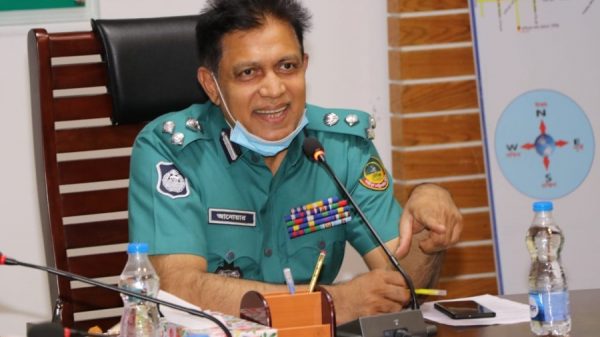 Chittagong Range Deputy Inspector General (DIG) Md. Anwar Hossain BPM (Bar), PPM (Bar) is the proud son of Alhaj Md. Ashraf Hossain Monju Miah, an ideal teacher of Dewati village in Jawar Union of Tarail upazila of Kishoregonj district. Md. Anwar Hossain, a post graduate from Dhaka University, joined the Bangladesh Police on 22 February 1997 after being recruited in the BPM (Bar), PPM (Bar) BCS police cadre. Md. Anwar Hossain BPM (Bar), PPM (Bar) has been performing his duties in various important posts of Bangladesh Police including UN Mission with utmost efficiency and reputation. Most recently, he has been posted as Deputy Inspector General (DIG) of Chittagong Range. Since joining the Chittagong Range, he has gained wide recognition and popularity as a humane police officer through his honesty, dedication and sincerity in the workplace.

He has been working tirelessly to make the police technology dependent and improve the quality of service. He is constantly striving to build an orderly and humane police force. Drugs, terrorism, law and order and crime can be said to be very successful. This police officer is working while maintaining his professionalism by keeping his father’s ideal in his heart. As the saying goes, “Hunting cats are recognizable by their mustaches.” In a word, he has always kept the signature of his professionalism through his work.

He is working for the security, discipline and mentality of the people of Chittagong. He is trying to get the police closer to the people. For this, we are moving forward with the conviction to do as much as we need to cooperate. ‘

Now let’s come to another topic, the statements he made on his Facebook wall at different times inspire people. Judging by his statements, a picture of his standard of living and moral ideals emerges. His various life-oriented sayings will be the path of human walk. He has always given inspiration through words. Never gave up hope. The mantra of correcting oneself again. He explained through his words how to manage life. How to deal with difficult moments in life. He has made wonderful statements about how to develop himself as a pure, elegant and humane person.